Full Circle was the first of a trilogy of stories, set in the small, isolated universe of E-space. Exteriors for Alzarius, though, were filmed no further away from London than Black Park, home to many of Hammer Films famous gothic epics.

Too much patience goes absolutely nowhere.

The Doctor to Login, episode 3 Tom as the Doctor with K-9 in the marshes in Full Circle. Picture © BBC

The Time Lords want Romana back, but even as the TARDIS speeds towards Gallifrey, it passes through a ‘hole in space’ and drops into the universe of E-space. Instead of Gallifrey the TARDIS winds up on Alzarius where the Doctor and Romana encounter a community living aboard a marooned starliner, which crashed 40 centuries ago. Their arrival coincides with the advent of Mistfall when, periodically, the planet becomes enshrouded in fog and amphibious Marsh Creatures rise from the lakes to create havoc.

The Outlers, a group of young people who have disassociated themselves from the community, believe Mistfall is only a myth, perpetuated by the law-making Deciders, to retain power. But when myth becomes fact the Outlers take refuge aboard the TARDIS, holding Romana at knife-point.

Life on the Starliner revolves around preparations for the ship’s eventual lift-off and return to Terradon, but the Doctor finds out it is all an empty ritual of blind obedience to a library of manuals. None of the descendants knows how to pilot the Starliner!

Romana is bitten by a Marsh Spider, an earlier form of Marsh Creature, and falls into a coma. When she revives, she has undergone a personality change and behaves like one of the Marsh Creatures, savage but quick to learn how to survive. The Doctor deduces this has happened before. The Starliner’s population are not descendants of the original crew but Marsh Creatures who wiped them out and evolved to look like them, following the maintenance manuals as soon as they learned to read.

The Doctor teaches the Deciders how to fly the ship, then leaves them to decide whether to remain on Alzarius, or follow their destinies as evolving intelligences. While he is restoring Romana’s original personality, the scanner shows the Starliner taking off.

Still trapped in E-space, the Doctor dematerialises the TARDIS, unaware that one of the Outlers, Adric, has stowed away on board. 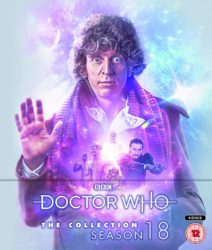 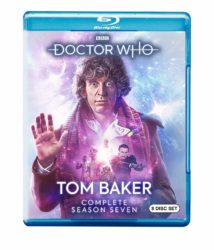 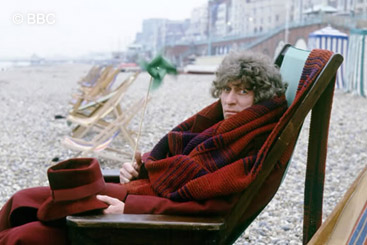 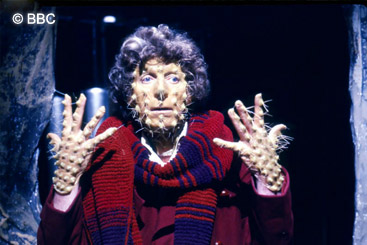 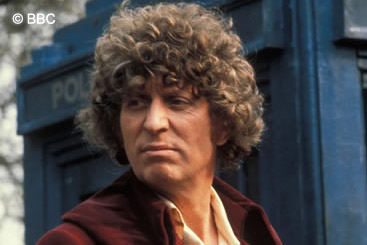 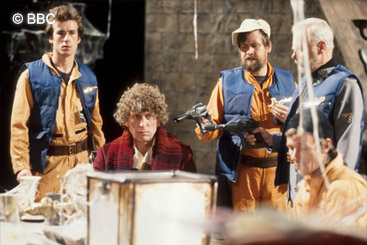 THE KEEPER OF TRAKEN