In 2002, Tom felt that good parts for him in television and film were drying up, so he and Sue decided to move to France. They sold The Bell House to Vic Reeves who got to know it during the filming of Randall and Hopkirk: Deceased, and bought a house to renovate in a village near Toulouse in south west France.  Wanting to avoid the expatriate life of swimming pools and vineyards, Sue & Tom hoped to immerse themselves in French culture which was why they decided to live near a city. Tom already had a good knowledge of French, which he’d started learning  as a teenager in his monastery. His love of reading included French literature – in French – and having listened to French radio programmes for years, Tom had a good command of the language.

Monarch of the Glen

Tom and Sue thought they would retire, but this was not to be and in 2004, Tom took the difficult decision to return to the UK for 6 months to play the part of Donald MacDonald in Monarch of the Glen recorded in the Highlands of Scotland. This was probably the beginning of Tom and Sue’s realisation that the United Kingdom they’d abandoned had more to offer than they’d appreciated, and the French adventure was a dream vanishing as fast as they tried to live it. Sue visited and explored the Highlands with Tom, but remained based in France and continued with the renovation of the house, They both found the time apart extremely difficult. With a couple of months on Monarch of the Glen the following year and the great rise in popularity of Little Britain, by now running on prime time television, voiceover and commentary work increased for Tom and he began to commute from Toulouse to London frequently and even recorded a number of voiceovers “down the line” from Toulouse.

Back to the UK

The commuting back to the UK made it difficult for Tom and Sue to settle in France, and though they found the experience interesting, made a lot of friends and enjoyed their renovated home, they missed England, particularly their own culture and language. In November 2006 they left France, sold the house and moved to the middle of Tunbridge Wells, but this was noisier, busier and rowdier than they remembered it, so they were drawn back to the countryside and now live quietly in East Sussex with their cats and a lurcher dog.

Have I Got News For You

It was around this time that Tom made his second appearance on HIGNFY, this time as the guest chairman.

Playing The Doctor again – and the Curator

In recent years, Tom has returned to his  role as the fourth Doctor in audiobooks produced by Big Finish, and in November 2013, he played the part of the Curator in The Day of the Doctor, the Doctor Who Special celebrating the 50th anniversary of the programme.  Tom’s cameo at the climax of the movie was greeted with great emotion by Doctor Who fans all over the world.

Tom as Donald McDonald in Monarch of the Glen 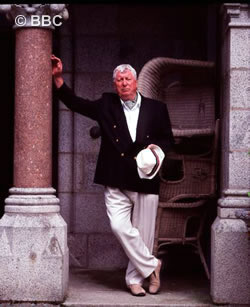 Tom as Donald McDonald in Monarch of the Glen. 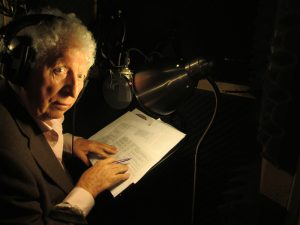 Tom at a voice recording session 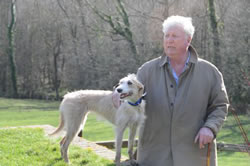 Tom and his dog, Poppy, a lurcher. 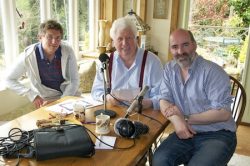 Tom talks about being Doctor Who